You will find below a first article in an original version that was made by Matt D'Amours (CBC News) about the young people of the association who made a ceremony in Saint Hubert (Canada, Quebec) on Monday, July 29th, 2019 on the base of 438 Tactical Helicopter Squadron.

French youth honour Canadian soldiers who died in WW II, one name at a time

Over the course of 3-week trip, the group will read out more than 40,000 names 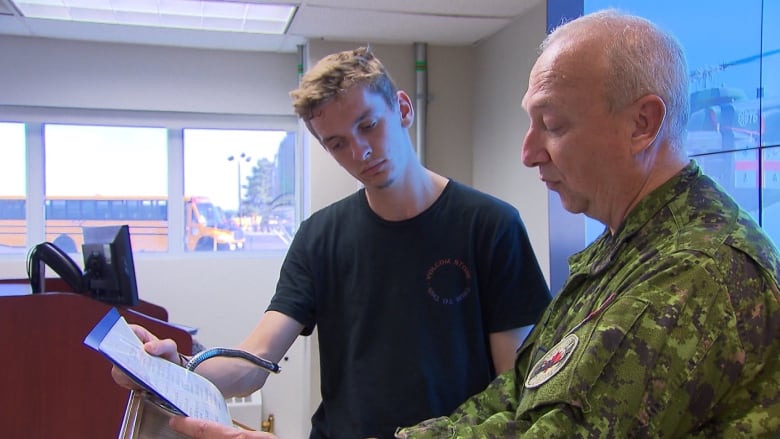 A group of young people from Normandy, France are on a journey to honour Canadian veterans.

They raise funds for a trip to Canada every four years so they can read the names of those who gave their lives in the Second World War.

The group, called Westlake Brothers Souvenir, stopped by the Saint-Hubert Garrison on Monday.

It takes its name from three Canadian brothers — Albert, George and Tommy Westlake — who were killed soon after D-Day.

Seventeen-year-old Philippe Bosquain said it's an honour to read a selection of names from the list. 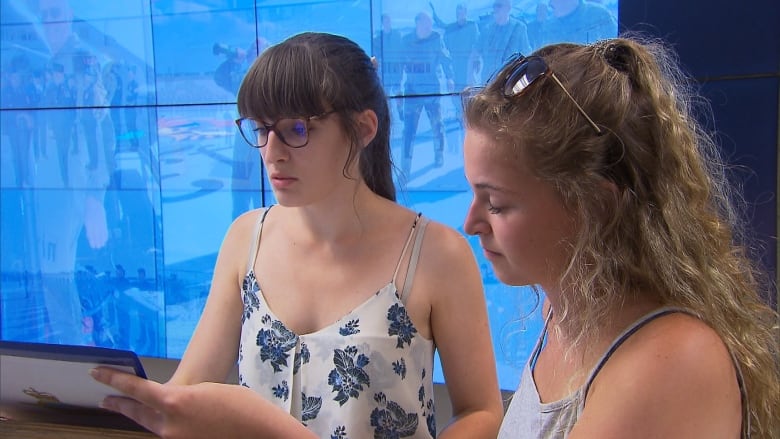 At the ceremony, the group read out the names of 17,000 Royal Canadian Air Force members who died in the war.

"I'm quite grateful and proud of being able to read the names. Because they came for us, they're our heroes in Normandy," said Bosquain.

During their three-week trip to Canada, they'll read the names of the more than 40,000 Canadian Armed Forces members who died in the war.

François Dutil, a master warrant officer with the RCAF, told CBC News that the gesture means a great deal.

"Even if nobody is listening, they will say their names aloud to make sure they are remembered. It is that straightforward — that beautiful."

With files from Matt D'Amours